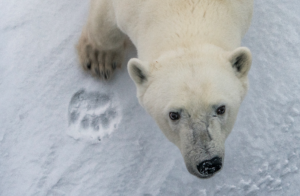 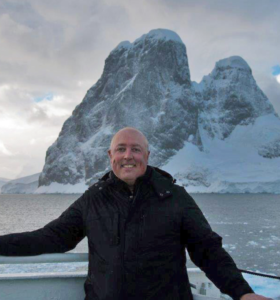 Gary Arndt is not your regular traveler – He is a photographer, a world renowned travel blogger, a podcast host for “Everything Everywhere” and he even owns an NFL Franchise.  He embodies traveling and garners an impressive list of places he’s been to – including visiting all 7 continents of the world, 204 countries and territories, 50 US states and every US territory, 220 US national Park services, and 400 UNESCO heritage sites, and even explored the vast Canadian provinces. He began his traveling quest in March of 2007 when he sold his home and decided that he was going to live out of his suitcase.

Gary has an impressive list of awards and accolades but here are just a few to name.

He was in Time Magazine Top 25 Blogs in the World in 2010, earned a gold medal and two silver medals for Best Travel Blog by North American Travel Journalist Association, 3 Lowell Thomas Awards, which are the most prestigious prize in travel journalism and over 40 lifetime NATJA awards – holding the recording for travel bloggers, and he was named one of the 100 Most Influential Photographers in the World.

00:00 Gary reads an excerpt that he wrote in his travel blog

2:25 Gary talks about the excerpt and people’s futile quest for an authentic experience

4:40 Gary talks about an experience in Cambodia when he knew that being poor didn’t mean that they didn’t have anything.  The number of people in the world who live in extreme poverty has decreased dramatically over the last 20 years and he thinks that this is a good thing.

7:38 Drea asks Gary about how he became nomadic starting when he sold his house in March 2007.

9:49 Gary shares his own advice on how to overcome the many fears of chasing the Nomadic life dream. Gary speaks to the fear of not being able to speak the language and how it is so much easier to travel the iphone than ever before.

17:50 Gary shares how he created this impressive bucket list.  He shares his journey of how he began this journey.

19:54 Gary discusses over tourism and how most people don’t know about the many, many places you can go travel to.  He believes that there are many secret locations and he shares a few of them.

21:22 Gary then describes another less visited National Park – Torngat Mountain National Park which has fantastic Fjords.  It is run by the local Inuit community and they said that they caught arctic char.

22:22 Gary speaks about Padua in Italy which is only a 20 minute train ride from Venice.  Everyone skips this beautiful town and they skip it.

24:25 Gary talks about Nevada and the  Great Basin NP

25:55 Gary shares his top challenge which was trying to work while traveling. He then shares how he mitigated that and found his solution.

28:25 Gary shares his most exciting travel story – which is when Gary visited an active war zone in Cambodia on the back of the motorcycle.

33:07 Gary tells us a story of being in the middle of a protest in Bangkok when the protesters were going to try to dump human blood on the prime minister’s home.

33:41 Gary also changed a law in Kiribati and he tells us the story of how that happened.

36:53 Micronesia, Palau, and  Marshall islands and the few tourists that live there.  Gary discusses how easy it is to visit.  He shares the tip on how to get there.

39:19 Drea asks how Gary started his successful blog and how it became so huge.  Gary began his blog in 1994 and he discusses the start of his podcast – and touches on his career.

44:28 Gary suggests to never buy a travel guide, but instead buy a history book on that country. Gary discusses the history of the Philippines

47:00 Drea talks to Gary about what she thinks has really made him successful in the travel world.  Consistency

48:55 Gary talks about the most meaningful person he’s ever met on his travels.

51:20 Gary shares his most fulfilling moment which is when he realized that he didn’t have a home.  He didn’t have to be anywhere and there were no responsibilities and he felt amazing.

55:16 Drea asks Gary for advice on anyone who wants that type of life.  How do they make it happen?  Gary shares his advice on how to achieve this

57:00 Drea asks Gary where she should go next – His top places to suggest to visit.

South Georgia Island – It’s very remote and hard to get to. He discusses how there is no one on this island

Nahanni which he mentioned earlier on this episode

Palau for scuba diving. He talks about swimming in a JellyFish Lake and the most pristine waters in the world.

Namibia Desert – Longaval – The wall of Death and camping out there.

Central Asia and how no one visits these places.

69:09 Gary shares the advice  he would give to a younger Gary.  “The ability to adapt is more important than the ability to plan”

71:09  Gary can be found on his podcast “Everything, Everywhere Daily”