EP 18: THE ADVENTURES OF A NATIONAL PARK RANGER WITH DREW GILMOUR 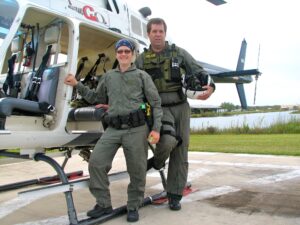 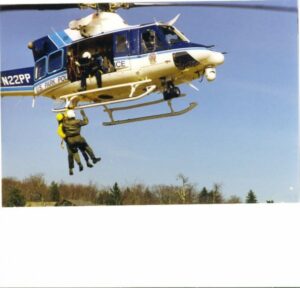 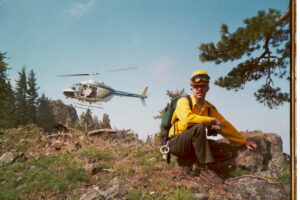 What is it like working as a National Park Ranger for 32 years? Did you know that NPS Rangers get called for national disasters like The Yellowstone Wildfires, Hurricane Katrina and the Columbia Space Disaster? In this episode, we hear the adventures of Drew Gilmour and his life serving as a NPS Park Ranger.

Drew Gilmour is 58 years old and is a retired  U.S. National Park Service Chief Ranger with 32 years of service.

During his Career in the NPS he worked in ten National Park as well as detailing to many other sites and other government agencies on law enforcement, wildland fire, Homeland Security and other risk assignments including the Space Shuttle Columbia disaster and hurricanes on the gulf coast. He has traveled to 28 countries and all 50 States. He has a variety of interests including Travel, Bird watching, Backpacking, Hiking, Camping, History, Aviation, Kayaking, SCUBA/Snorkeling, Dog Sledding and Ocean Voyages. He enjoys traveling by small expedition vassals and ships and has even traveled across several oceans, seas and rivers across the globe.

Following retirement in 2017 he started section hiking the Appalachian Trail. He has completed 725miles of the AT from Harpers Ferry WV to Hanover NH. He has plans on finishing the other 1427 miles in three section hikes once the Covid -19

00:00 Drew reads an excerpt from something he wrote

00:24 Drea does her intro and then goes into her Drew Gilmour’s biography

2:23 Drew shares why he read those quotes and where the National Park Rangers gets their authority.

2:57 Drew starts to talk about how parks pose different challenges for park rangers

3:55 Drew shares what travel means to him from the perspective of a National Park Ranger

5:34 Drew shares about how travel ran in his blood.  He discusses about his parents who were also world travelers. He talks about how his parents really introduced him to the national park system and exploring the world.

8:04 Drew shares his love for the Arctic and how he is really in love with that area.  He recently went on trip on a ship in the Arctic

8:59 Drew continues to travel because he loves exploring the unknown.

10:00 The pandemic has taught Drea that there is so much to explore your own backyard.

10:43 Drew shares what inspired him to go into the park service.  He started a seasonal job at the age of 21 in Maintenance at a historical National Park in Morristown, NJ.  It was there that he was convinced that working as a ranger was an exciting opportunity. He starts to talk about working for Glacier National Park and “living among the grizzly bears and mountains.”

12:46 Drea talks about how much she fell in love with Glacier NP.

13:24  Drew was a backcountry ranger in the East portion of Glacier NP.  He talks about some of his duties in the backcountry and the encounters he had with wildlife.

15:12 Drew shares his favorite park – The Grand Tetons.  He shares what it was about the Tetons he loved. He was there 1988 during the major wildfire and how he experienced fighting the fires there.

16:15 He shares his most valuable lesson he learned while fighting these fires.

17:44 Drew shares more stories about the Yellowstone Fires. These were the first modern fires that went out of control

20:55 Drea asks Drew if he ever felt afraid.  Drew says yes there were quite a few times.  He goes on to explain a situation that scared him

22:30 Drea asks “What is the most challenging that you have faced as a ranger?”  He shares the moment when he changed parks and he was moving to Florida to Big Cypress NP during a hurricane

26:10 A park ranger is called during national disasters according to your qualifications.

26:50 Drew talks about Space Shuttle Columbia and having the park ranger called to help for the recovery operations. Drew discusses the variety of things that a park ranger is called to do and how you were not limited in what you did. He would bounce from one park to another.

29:59 Drew talks about the Space Shuttle Columbia and the experience there.

36:18 Drew explains the division of departments in the NPS..

36:46 Drew talks about a Panther Recovery Project and the difficulty of watching endangered speeches die in front of you.

38:11 Drew shares his most fulfilling moment as a park ranger.  When he was LBG, he met Lady Bird Johnson and he really got to know her well.  But the special events that he experienced like Operation Sail.  Drew was doing boat patrol for an event and he got to see July 4th from the boats.

40:48 He shares some of experience getting trained in law enforcement as a ranger.  He speaks about some of the toughest things he’s had to do as a Park Ranger like investigating suicides and homicides as well as Death and Notification.

43:40 What the difference is between a Park Ranger and Law Enforcement – Drew explains.

45:00 He explains the different types of rangers.

47:05   The most meaningful people Drew he met during his time were some of his supervisors that helped shape his career.

48:00 The Grand Tetons NP is Drew’s favorite NP and he shares his tip & tricks about visiting it. He speaks about a few accommodations.  He recommends the Jackson Lake Lodge if you have the budget or even just a breakfast at this place.

49:31 His favorite hikes in the area are around the Colter Bay area, especially in the fall.  He recommends the Johnny Rockefeller National Parkway backcountry and there is also the Moose Wilson Road for a decent 4 wheel drive vehicle to see some wildlife.  The road goes all the way to Idaho. He also suggests Signal Mountain

51:00 Drew shares the process of becoming a Park Ranger and the entire breakdown of how it would look like. He talks about being a veteran and applying for any of the permanent jobs.

55:10 Drea asks Drew how someone prepares themselves emotionally for the job. He talks about how hard it can be for a Park Ranger and the importance to talk to other rangers for support.  He talks a bout the rising issue of how people do not respect the National Parks especially with the rise of visitors during the Pandemic. Drea and Drew discuss the rising problem of trash on the trails and in the parks.  Drew talks about the “Leave no Trace” program.

60:00 Drew shares the one thing he likes to purchase when he travels.  He shows a giant paddle from the Amazon that he bought.  He tells the story of trading one of his belongings for this paddle.

64:00 You can find Drew Gilmour www.instagram.com/Gilmour1638

Thank you for supporting my love for telling stories and my passion for travel. I hope these tales from around the world inspire you to follow your wildest dreams.

Make sure to SUBSCRIBE on:
FULL EPISODE in BIO