Have you ever watched the show “Alone?”  Well, I have and I’m obsessed with this show.  One of my most favorite characters was Carleigh Fairchild.  Her journey on the show inspired me so much I contacted her.  I wanted more answers!  I needed to find out more about who she was, so I got her on my podcast. 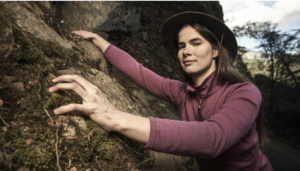 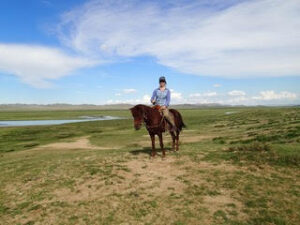 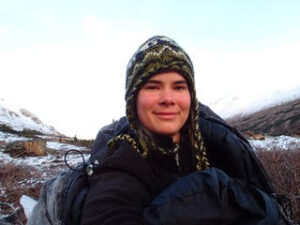 When Carleigh agreed to be interviewed on my show, I was ecstatic.  I was so inspired by her already.  She said on the show , if I win this, I would be the first woman to win. That was when I decided that I was going to be a fan of her because she got the importance of that.  She understood the importance of being a powerful woman and proving we are strong and can stand up amongst the men on the show.   She right there became the person I cheered for that season.  I knew talking to her in person, I would end up learning more about who she was and what made her survive in the wilderness alone for 86 days.  And so I did….

And of course, she exceeded my expectations.  She is not only this bad ass woman who is a very experienced wilderness survivalist – Carleigh was down to earth – as down to earth as anyone could get.  Yes, she was on an amazing tv series, but working in the tv world has clearly made me very jaded.  She reminded me of the humanity that people radiate when they are connected with the land which is far the opposite in Hollywood.

I learned about her life, what brought her to love the wild, the surprising things she learned not only on the show, Alone, but also on her favorite thru hiking trails.  I also learned that she is a healer and talking to her, I immediately felt a sense of healing because of her essence.  When you talk to Carleigh, you feel a sense of ease and calm with so much wisdom.  Talking to Carleigh feels like you’re sitting at the beach enjoying a sunset…  It is beautiful. It feels like a breath of fresh air. You feel healed.  And you come back with a sense of clarity.

So grateful for our wonderful meeting Carleigh.  Thank you for sharing your inspirational life with me and the world.  You are a bright light!

You can support Carleigh Fairchild on: