EP 28: 650,000 FOLLOWERS, THE POWER OF MINDSET, & BLOWING UP YOUR HAND WITH A FIRECRACKER IN INDIA WITH SOCIAL MEDIA TRAVEL EXPERT LUKE DAMANT

@lukedamant has 680,000+ followers across all his social media… how did he do it?… #passion, #positivity and #determination – of course. At the age of 18, Luke decided to hop on a plane to travel the world indefinitely and soon, the world wanted to follow his journey. I did, too – so here we are. Thanks for the inspiration Luke aka the future travel @garyvee 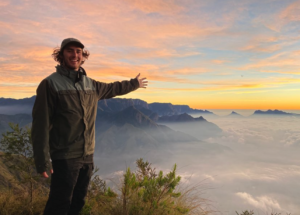 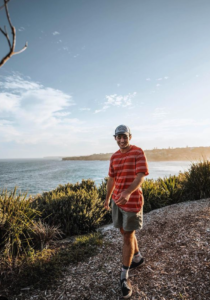 I was introduced to Luke Damant by my friend Omar Mo – who was also a guest on this podcast.  PS Omar is another bad ass Digital Nomad who also has his own podcast, The Nomadic Executive.  I quickly learned that Luke was this incredible social media expert/traveler who produces content that really spoke to me.  Maybe it was because I tend to be attracted to the places he likes to travel to – you know, the off the beaten path, the “seemingly” harder to reach places in the world where YOUR world is completely turned upside down.  The very first video I saw of his was the video of him handing balloons to random people/children on the streets of India. You could see the confusion and happiness he brought.  This video wasn’t fully produced or fancy by any means… but what drew me to it was the actual content – the emotion in brought.

And then I went down a rabbit hole.. one video after another – I saw another video where a ghost wick in a firework blew up his hand during a festival in India.  He had to immediately go to a hospital and had to get his hand essentially put back together.  He documented the entire thing.  It was utterly heartbreaking, shocking and inspirational.  Why?  Because after 3 months of recovery, he returns to India in a heartfelt video where he thanks the doctor and the team that helped him put his hand back together.  His positivity shocked me and what was so fun in interviewing him, I really got to pick his heart and brain.  How does such a young man be so wise, know so much, exude so much love and positivity?  At such a young age, he exuded so much positivity and fearlessness.  There he was alone in a region in the world that many dare not to go to, proving to the world how utterly amazing those places were, and overcoming obstacles that many would struggle to recover from.

I felt connected to his positivity, to his hard work and authenticity.

Luke is now off on a trip to Pakistan – again, proving to the world that, that country is pretty incredible.   I am just looking forward to his journey and the growth he will continue to experience with every step he takes.

Thank you Luke!  Thank you for the inspiration!