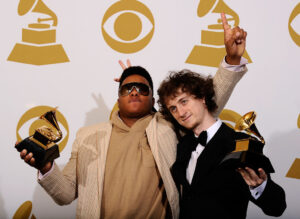 Ruslan… Ruslan… Ruslan…  I’ve known Ruslan for 6/7 years?  Jeez!  I cannot put into words how much this person inspires me.  He is one of those real people, the salt of the Earth, as they call it. When I first heard Ruslan play piano, my heart sang.  My love for music runs so deep.  Many people don’t even know that I began this life as a singer so that first love has always been music.  For a while, I actually didn’t know the accomplishments that Ruslan Sirota had under his belt.  He was just a quirky, talented, kind human being that I wanted to be friends with.  Soon, I’d learn who he was and that made him even more impressive.  Ruslan is a grammy award winning pianist that has a boat load of crazy stories.  And this episode, barely covers it all.  BUT, with that said, it’s very rare that you get to actually sit down with your friend and ask questions about the beginning of his or her life.  In this episode, I got to ask Ruslan all kinds of questions and learn even more about this remarkable human being, I’m proud to call my friend.

It’s funny – the coolest people I’ve met have been those that rise of adversity.  Maybe my past and my own rocky beginnings, was what made me so drawn to you, Mr. Ruslan. I had no idea until now how truly amazing you are.  Your story – Your Talent – Your travels.  Thank you. I can’t wait to learn more as the years go on.

In this episode, Ruslan shares his beginnings in the Soviet Union during Chernobyl and then shortly after the Gulf War.   He shares his destiny and  journey with music, and some favorite experiences throughout the world.

Intro: The episode opens with an article about Ruslan Sirota and his musical journey written by Adam Renn Olenn called “Finding a Balance”

10:46 Ruslan discusses finding his calling and the life of travel

17:25 Ruslan shares his early life during Chernobyl & the Gulf War. He goes in depth about the conditions of the Soviet Union and how his family had to escape. Upon reaching Israel, they were greeted with the Gulf War.

25:00 The melting pot culture of Israel and how it is to live there

27:28 Ruslan shares what it’s like to travel as Musician and the first time he was on a major tour

33:12 Ruslan shares his mishap on his first tour.

35:14 Ruslan shares his favorite spots in the world, some food experiences and more

1:14 Ruslan’s advice to his younger self