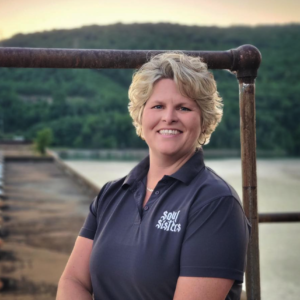 In 2014, Dr. Kristy Sumner coupled her passion for travel, history and the paranormal when she formed Soul Sisters Paranormal, an all-female team, made up of Sumner, her two sisters and two friends. The investigators of Soul Sisters Paranormal travel to some of the most historic and, reportedly, haunted locations in the U.S. in an attempt to determine for themselves if spirit activity does exist and to highlight the rich history of each location. Individually, each member of the team is an accomplished professional in her respective field, and each holds a Masters, PhD or JD degree. To date, the team has traveled to and investigated numerous US locations, including: the Trans Allegheny Lunatic Asylum (WV), The Lizzie Borden House (MA), the Villisca Ax Murder House (IA), the St. Augustine Lighthouse (FL), Brushy Mountain State Penitentiary (TN) and many others.

Prior to forming Soul Sister Paranormal, Dr. Sumner, who holds a PhD in Public Affairs with an emphasis on Criminal Justice, was a senior director for a Registered Traveler company focused on biometric clearances for the traveling public, she was a senior consultant for a biometric credentialing company, and she was college professor at Metro State College of Denver and the University of Central Florida.

00:00 Kristy opens the episode with a part of their video when they investigate the grounds of Fort Mifflin.

00:58 Intro to Roaming the Earth and bio of Kristy Sumner, the paranormal investigator who travels the country investigating haunted locations.

3:28 Kristy talks about the excerpt she read and Fort Mifflin.  She explains the importance of the fort during the revolutionary war.

6:50 Drea expresses her fear of the paranormal and Kristy tells us about the team’s lack of being afraid despite the startling noises, voices and other paranormal experiences that they witness.  Kristy explains that they approach every investigation from a scientific approach where they attempt  to debunk the claims before deeming it paranormal or unexplainable.

12:29 Drea asks Kristy the reason why and how “Soul Sisters” started traveling the country for these paranormal investigations.  It all started with the idea of going on a girls getaway that turned into a visit to the Moundsville State Penitentiary in West Virginia.

14:40 Drea asks Kristy about the kind of gear they bring on these investigations.

17:40 Kristy shares her favorite haunted location – The old Gilchrist County Jail in Trenton, Florida.  She explains the small footprint of the prison built in 1928.  She found this location to be very active and she shares some of her stories.They talk even further about the shadow figure that walked across the hallway twice, broke a laser grid that was set up and when asked to cross again, it did.

21:28 Kristy shares more of the things she has seen – Balls Moving, the laser grids moving, k2 meters that measure energy go off.  She explains another paranormal experience at Brushy Mountain State Penitentiary, the former maximum security prison where they once held James Earl Ray, the man who shot Dr. Martin Luther King.

24:00 Drea explains her own experiences with the hauntings happenings in her home after her mom’s recent death.

25:02 Kristy tells us her theories of why she believes an entity stays on earth and becomes a poltergeist.   She also shares a tip on how to remove them from your home.

27:16 Kristy shares some tips and tricks on investigating a potentially haunted site and the steps you need to take in order to do it.  These women go into their investigations with a lot of respect and empathy for the lives of the people that are no longer alive.  She also talks in length about the tremendous effort and patience to do this type of work.

32:34  The Soul sisters have traveled to 13 different states and have conducted 2 dozen commercial investigations and they have also done private investigations at residents and businesses. She shares her future plans to go to England to investigate some castles and Texas to some Asylums and the Myrtles Plantation in Louisiana

36:09 Drea asks – “What does travel mean to a Paranormal Investigator”

38:02 Drea asks Kristy if has ever felt like they were in danger.  She explains the two types of hauntings – Residual Hauntings or Intelligent Hauntings.  She also explains that they never have the intention of trying to find something dark/demonic.

41:36 Drea asks Kristy if she has ever experienced intelligent dark energy.  Kristy explains that she felt an oppressed energy at  Prospect Place Mansion which was a stop on The Underground Railroad where it was said that the spirit of a headhunter who used to hunt and kill slaves resides.

43:06 She speaks about the Villisca Axe Murder house where in 1912, a family of 6 was bludgeoned to death with an axe.  They never solved the murder and she believes that the walls hold the energy.

47:06 Drea asks if there was ever a place where they investigated and debunked it.  Kristy shares a business call where a business owner believed his place was haunted but after an investigation, they were able to crack “The Haunt”

49:40 Kristy explains the importance of taking a day tour of a location when they are investigating to find things that could potentially impact the investigation.

50:56 Kristy shares her most meaningful person and ghost that she’s met so far. The most influential person she’s met was Miranda from Ghost Biker Explorations who rides her bike to the investigations and then investigates mostly alone.
52:31 The most interesting ghost, Kristy has ever met was Ma Barker from the Ma Barker house – the site of the shoot out with Ma Barker with her son and the FBI

55:55 Kristy shares her most fulfilling moment during this ghost filled journey

57:56 Kristy shared what the most important thing she has learned from being a paranormal investigator

1:00 Kristy shares her piece of life advice for herself –

Kristy and the Soul Sisters can be found on www.soulsistersparanormal.com